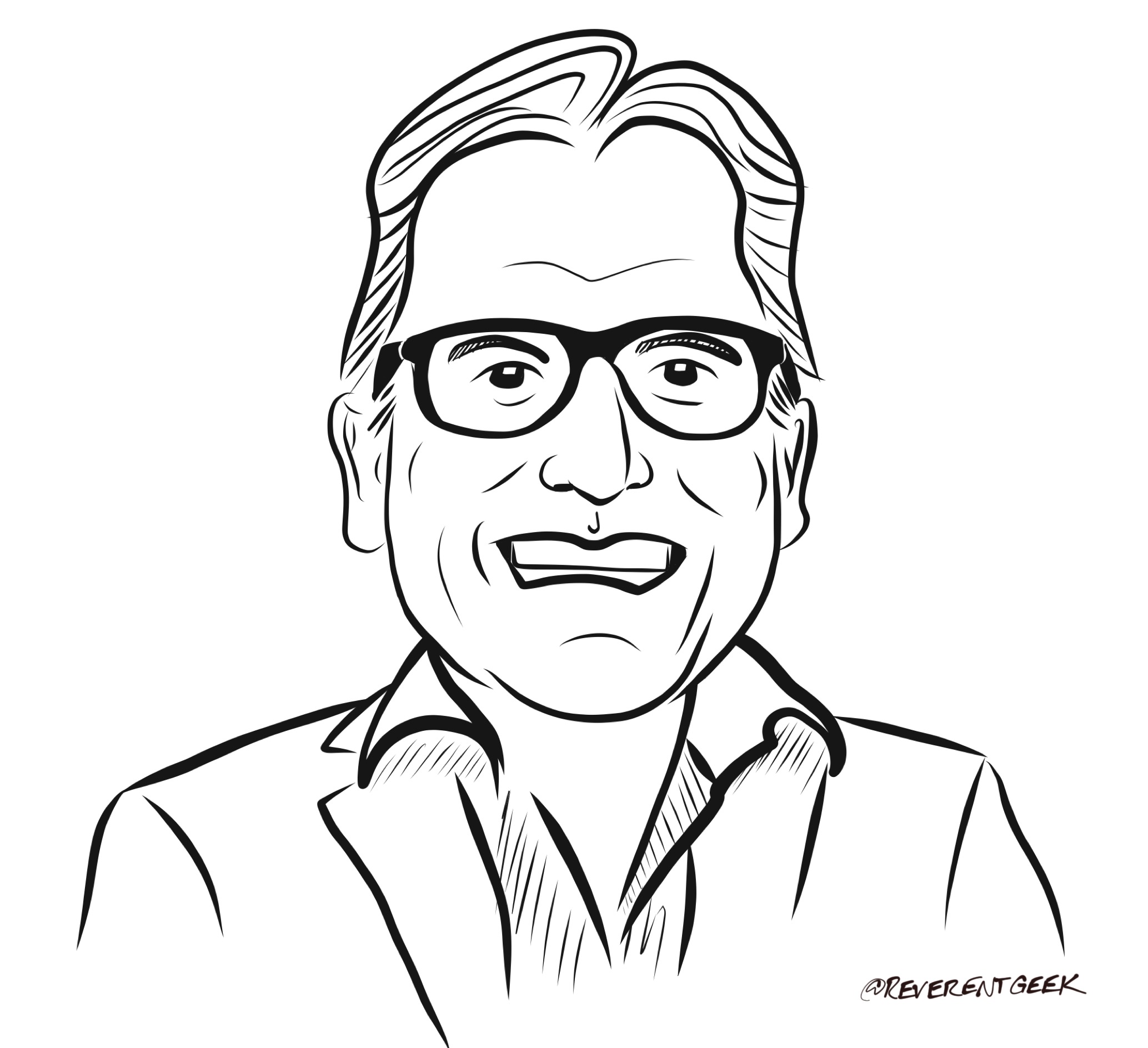 It is my pleasure to present this community tribute to the beloved Alan Stevens, written by guest author Matt Groves.

The first time I ever saw Alan Stevens was over 8 years ago. It was during a critical time in my life where I was finishing my MBA, my first child was born, and I was wondering where my career path would take me. I had recently discovered the CONDG group in Columbus, and that would eventually lead to me discovering CodeMash, and deciding that coding was my passion, not "brand manager" or "business analyst" or something like that. Alan Stevens was at one of these CONDG sessions, and it was a session that influences me still to this day.

First, he said right at the beginning of his session that he was "not an expert, but an enthusiast". This has stuck with me. It made me more comfortable: this is just a regular guy like me who happens to be at the front of the room. He doesn't claim to have all the answers, he's just sharing what he knows. He struggles, fails, and learns just like all of us.

Second, his topic was about "Coding in Public". At that time, and probably even still today to some extent, developers are afraid of putting their code out there for people to look at and criticize. What if it's terrible? What if people hate it, make fun of me, and shun me? He started his session with a weak attempt at TDD. It contained failures, typos, inefficient use of an IDE, and so on ("real coding"). Now, he was mostly doing this on purpose to make a point: this is how we learn. Not by holing up, working in secret, and presenting our perfect code to the world, but by making decisions, producing something (good or otherwise), showing it to the world, getting feedback, and trying again. Sometimes people can be cruel, but most people are going to be helpful, and eventually you are able to ignore the cruelty.

Further, his presentation style was engaging and unique. It wasn't just a series of bullet point slides with a corporate template that he was reading to me. It was visually interesting, and most of the information was coming from him, not the slides. He used metaphors and humor to underscore his points and keep people interested.

Finally, Alan wasn't afraid to talk about some things in his session that you don't normally hear in tech presentations. He mentions Jesus, Buddha, Zen, etc. Philosophically and politically, I think Alan and I are probably not on the same page. But he had absolutely no fear of talking about his opinions and bringing up controversial topics in an affable way. This is something that I still aspire (and fail) to do: giving strong opinions despite my fear of rejection.

I've seen Alan here and there since that fateful day. I've told him how much I loved his CONDG presentation. I've seen a million presentations at user groups and conferences since then, but his presentation at CONDG has always stuck with me. I usually fall short, but almost every one of my presentations is an attempt at reproducing what he did that night.

So, for that, I say THANK YOU to Alan Stevens, for what you've contributed to the developer community and to my life. And thank you David Neal for giving me this chance to write about it.

By the way, the session was recorded, and is still available on Vimeo.

Matt, being a Microsoft MVP, author, and podcaster, is, himself, a big asset to the developer community. Thank you for all you do, Matt!