Life is Too Short

Early in my career, I worked under a manager who exemplified the Dilbert Principle:

"The most ineffective workers are systematically moved to the place where they can do the least damage: management."

I really didn't like the man, personally or professionally. His incompetence was legendary. Mistakes were named after him. 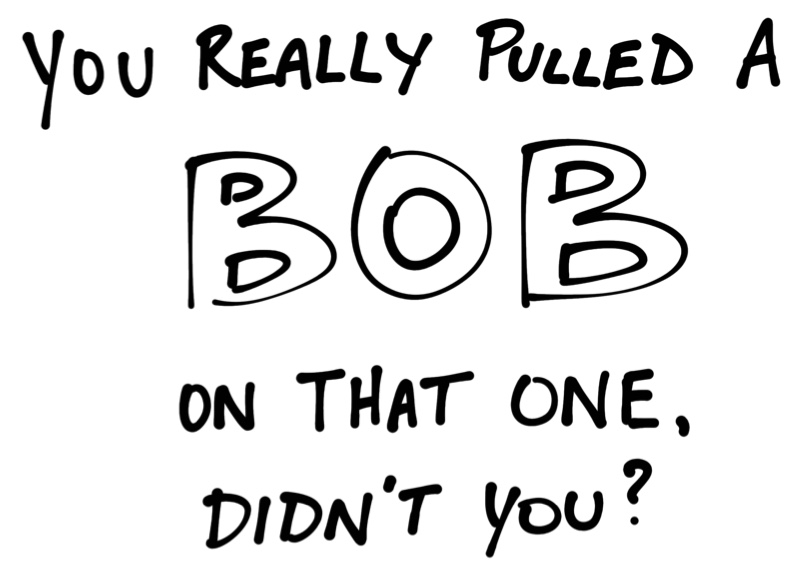 (Name changed to protect the not-so-innocent.)

And, yet, he still continued to rise in rank and responsibilities.

Most of the work I was required to do under his direction was of no value to anyone. Case in point: I had to create a huge binder of documentation for every method and every stored procedure in the code we were writing. 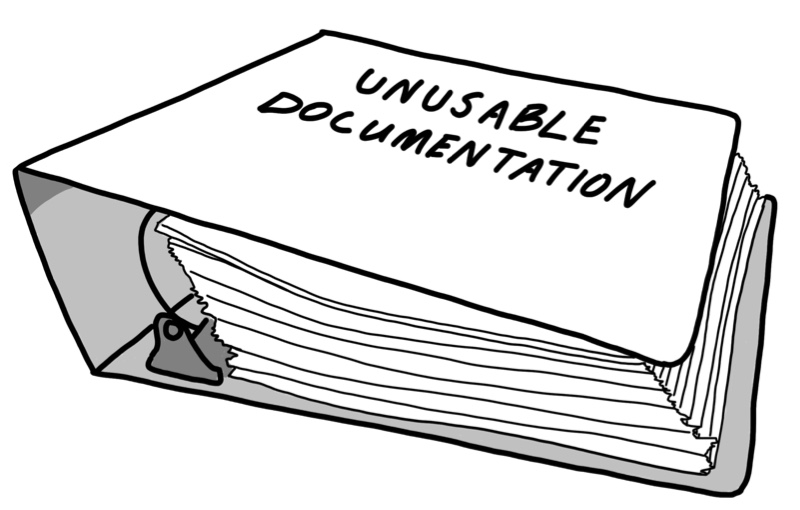 No one was going to read this. Ever.

I toughed it out for more than a year. I tried to find ways to get out from under him. With no hope of relief in sight, I found another job.

I said to myself, "Life is too short to work somewhere that stinks." 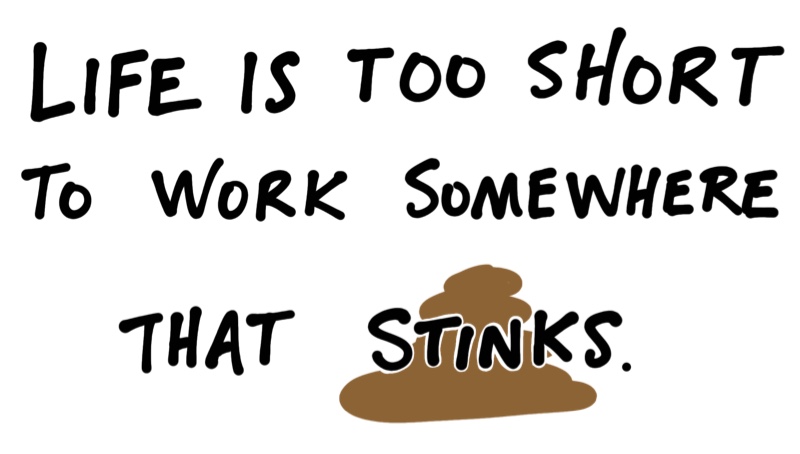 I started living by this philosophy. I offered it as advice to many others, when I heard them complaining about their jobs.

In technology, we are very privileged we are in such high-demand, and we have the luxury of being able to choose where we work. That isn't the case in every profession.

The problem is, this idea began to pollute my perspective. When things started going sour, I would think, "Oh, great. Here we go again. Time to start looking for a new job." 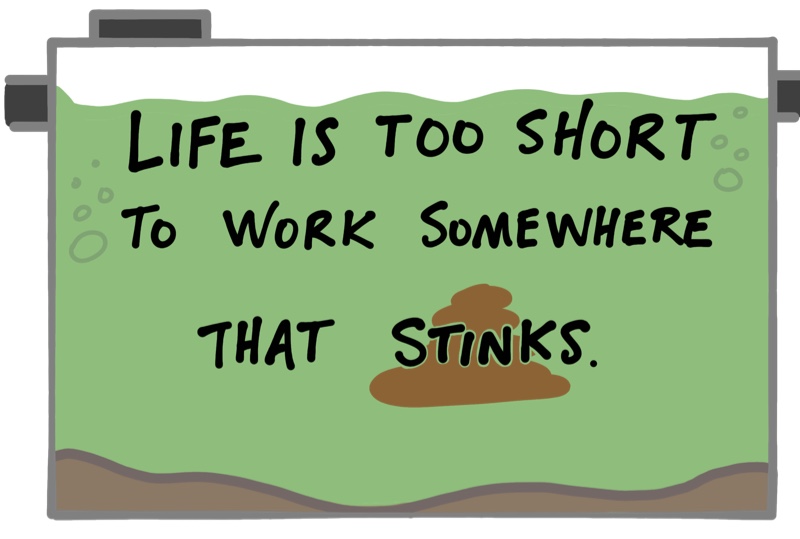 Years later, I was in a similar situation. I was unhappy. I started interviewing at other companies. There was an attractive job offer on the table, and I was trying to decide if I should accept.

That's when my wife asked me two questions that stopped me in my tracks. 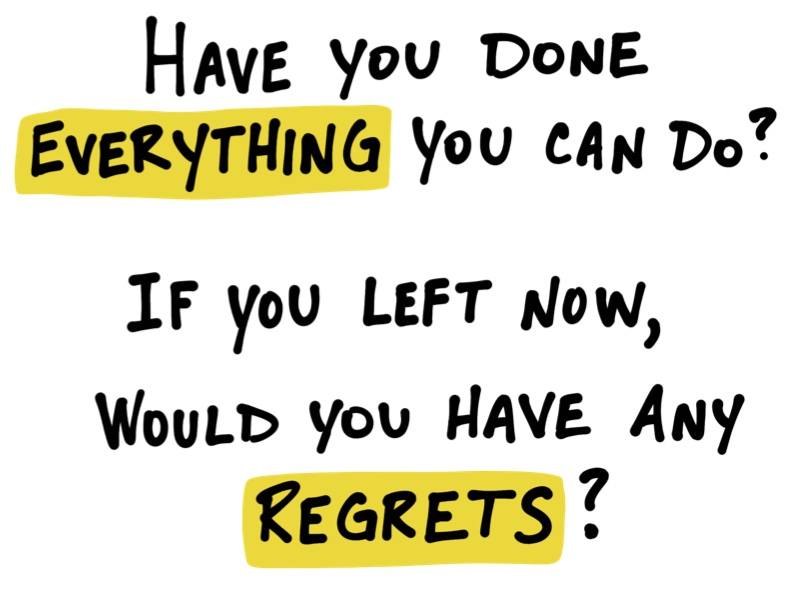 Have you done everything you can do? If you left now, would you have any regrets?"

I declined the job offer. I took ownership of the situation. I committed to doing everything I could to make my team successful.

In the end, I still left that job one year later. But, I left having no regrets, and proud of the work we had accomplished. It had been one of the most productive and prolific years of my career.

Sure, there can be toxic environments, career limiting situations, and amazing opportunities that come along where changing jobs is justified. For everything else, I've adopted a new mindset: 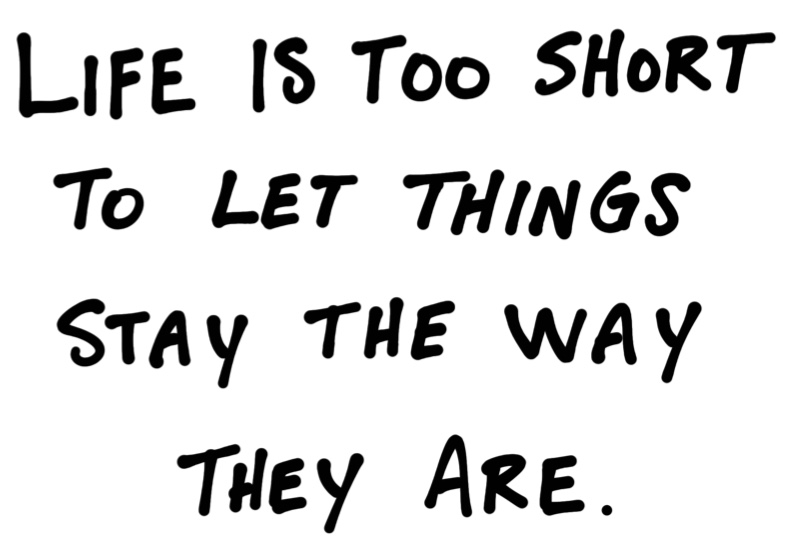 Life is too short to stand by and let things stay the way they are.

We've all heard the phrase, "That's not my job."

I've learned taking ownership and responsibility is always the right thing to do. And, it as far reaching effects.

I've learned it's okay to be honest with your manager, or other leadership in your company. Ask yourself, and others around you,

"Is there anything I can do to help?"

You can be the catalyst that changes the ship's course, one degree at a time.